Want to know how to get those cool little pictures in your level description? 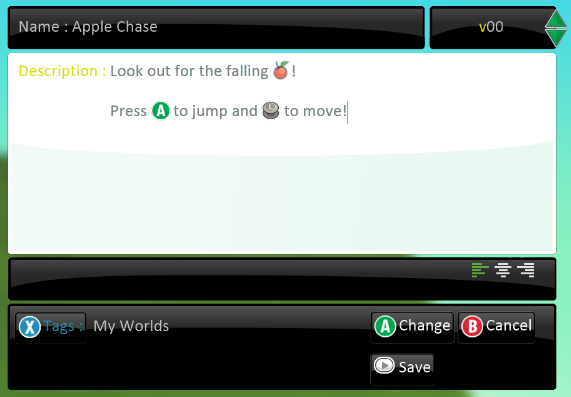 Just type something like this: “Look out for the falling <apple>! Press the <a button> to jump and to <left stick> to move!”

Here’s a list of all the glyph codes. Some of them have several different versions. Remember to put <> around the code to have it translated - the image should appear as soon as you press >.

A Button (same pattern for B, X and Y buttons)

Capitalization doesn’t matter so “fastbot” will work the same as “FastBot”.